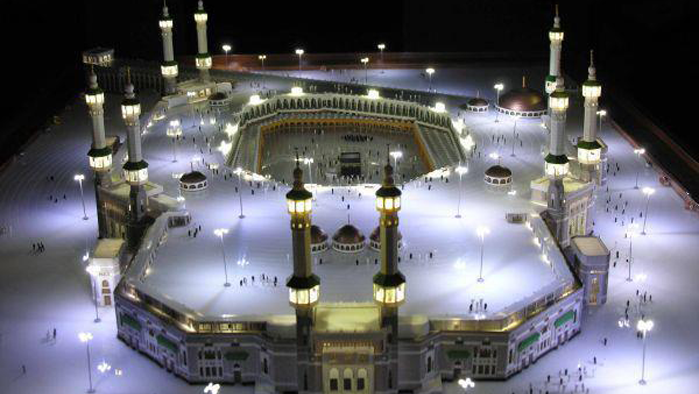 The word "Islam" is an Arabic word that means submitting and surrendering your will to Almighty God. The religion of Islam is the acceptance of and obedience to the teachings of God, which He revealed to His last Prophet Muhammad (pbuh).

There are five pillars in Islam; 1. Shahadah - Declaration of Faith. 2. Salat - The offering of prayers five times a day. 3. Zakat - The welfare due to giving money to provide for the poor. 4. Saum - Fasting during the month of Ramadan. 5. Hajj - Making a Pilgrimage to Mecca (At least Once in your life-time). These five pillars are of great importance in Islam. They are not the whole of Islam but Islam would be incomplete without them.

Islam came to reform human society. It came to encourage the good form from the other revealed books and to discourage and modify the bad that people were doing.

Why we need Islam;

The Purpose of Islam;

Islam is a complete way of life that governs all facets of life, moral, spiritual, political, economical, intellectual etc. It establishes peace and order and creates a very strong ethical and spiritual society on earth. The "religion" and "way of life" is to bring the human being back to the natural state that is was originally created in; that of humility, piety, peace and submission. Islam's purpose is to save mankind from the anguish of this world and the here-after. Islam calls people away from the worship of "creation" and calls them towards the worship of the "Creator" and the concept of monotheism uniting us all under one God.

Islam provides many benefits for the individual and the society these four benefits are the main one gained through Islam; 1. The door to eternal paradise - The Quran has said 'And give good news (O Muhammad) to those who believe and do good deeds that they will have gardens (paradise) in which rivers flow..' (Quran 2:25). The Prophet Muhammad (pbuh) has said that the lowest in rank among the dwellers of paradise will have ten times the like of this world, and he or she will have whatever he or she desires and ten times like it. If you enter paradise, you will live a very happy life without any sickness, pain, sadness or death. Allah will be pleased with you and you will live there forever. 2. Salvation from Hellfire. This life is the only chance to win paradise and to escape from Hellfire, because if someone dies in disbelief he will not have a chance to come back to this world to believe. 3. Real happiness and inner peace. Real happiness and peace can be found in submitting to the command and will of Allah, the Creator and Sustainer of this world. On the other hand, the one who turns away from the Quran will have a life of hardship in this world. This is an explanation of why many people commit suicide as they turn to materials and money for comfort. Money is something that can't buy happiness or inner peace. It is only gained through Islam. Look at Cat Stevens (Yusuf Islam) He used to earn $150,000 in one night performing, after turning to Islam, he found true happiness and peace, which he had not found in material success. 4. Forgiveness for all previous sins. When reverting to Islam, Allah forgives all of your previous sins and evil deeds. After converting to Islam, the person will be rewarded for his or her good and bad deeds. It is said by the Prophet Muhammad(pbuh); Allah who is blessed and exalted, is most Merciful. If someone intends to do a good deed but does not do it, a good deed is recorded for him, and if he does do it (a reward of ) ten to seven hundred or many more times (the reward of the good deed), will be recorded for him, and if someone intends to do a bad deed but does not do it, a good deed will be recorded for him and if he does do it, a bad deed will be recorded against him or Allah may will wipe it out.

The results are pretty obvious. You get self-satisfaction and your life changes for the better. You gain inner peace and happiness that no other thing on earth can give you. A ticket to Paradise is there for you and not to mention keeping you away from Hellfire. Through wudu (Ablution) and prayer you are continuously clean and your health and physical being are pretty much always well. You are constantly in touch with Allah and your soul is fed. You are at peace with yourself.
Understanding Islam - Lecture by Nouman Ali Khan

"This day I have perfected your religion for you, completed My favour upon you, and have chosen for you Islam as your religion (Way of Life)."