Free Islamic Books on The Family 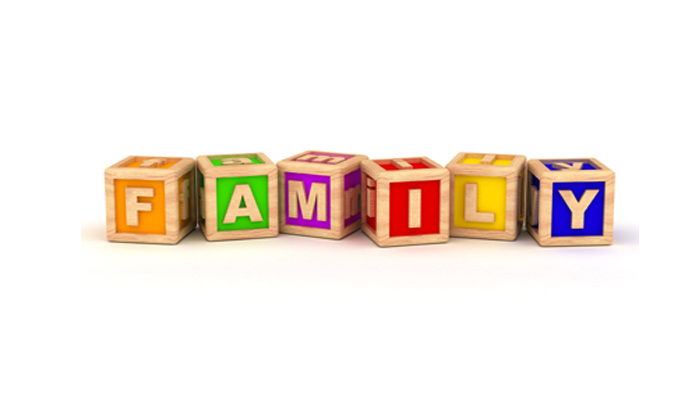 Free Islamic Books On The Family

Download Islamic books on family including Kindness To Parents, Fiqh Of Marriage In The Light Of The Qur'an And Sunnah, Dangers in the Home, Ettiquettes of Marriage, Marriage and What People Say & Raising Children In Islam. 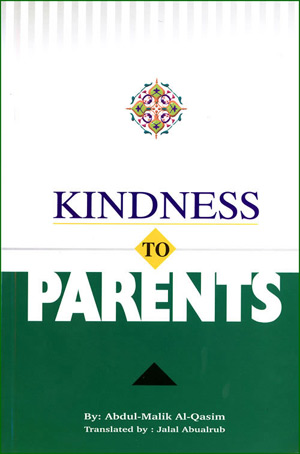 Kindness to Parents is a very enlightening booklet by Abdul Malik Al-Qasim. He has collected several stories and narrations that demonstrate the Birr (being dutiful) and kindness to our righteous Salaf towards their parents' needs and necessities, in obedience to Allah's worship in sincerity. He refers from the Noble Qur'an that a man is never allowed to say "Uff" (fie) if he smells a bad order coming from his parents or one of them.

Fiqh Of Marriage In The Light Of The Qur'an And Sunnah

Fiqh of Marriage in the Light of the Qur'an and Sunnah. Covering the Dower, Wedding Night, Wedding Feast and Rights of the Husband and Wife. In this book, the world renowned scholar of comparative fiqh, Dr. al-Sadlaan of Muhammad Ibn Saud University covers the most important topics realated to the fiqh of Marriage. He discusses the topics found in traditional books of Fiqh, such as the place of the dower, the minimum and maximum amount of the dower, and when the woman is entitled to all, half or none of her dower. The book also discusses the rights of the husband and wife in Islam as well as sexual etiquette in Islam. 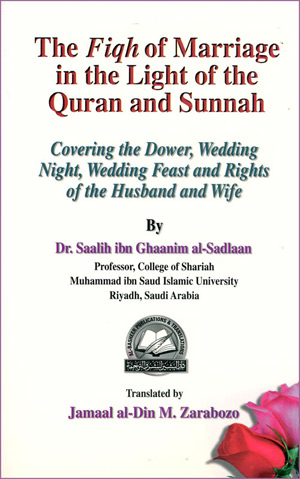 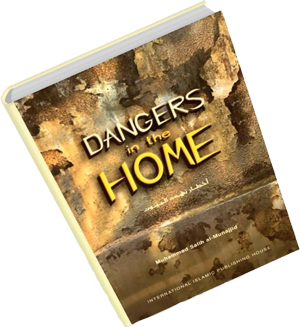 Dangers in the Home

Putting things right in the home is a great trust and huge responsibility which every Muslim man and woman should undertake as Allaah commands; they should run the affairs of their homes in accordance with the rules set out by Allaah. One of the ways of achieving this is by ridding the home of evil things. The following aims to highlight some evil things that actually happen in some homes and that have become tools of destruction for the nests in which the future generations of the Muslim ummah are being raised.

There are in Islam, certain etiquettes upon anyone who marries and wishes to consummate his marriage with his wife. Most Muslims today, even those who exert themselves in Islamic worship, have either neglected or become totally ignorant of these Islamic etiquettes. Therefore, I decided to write this beneficial treatise clearly explaining these issues on the occasion of marriage of someone dear to me. I hope that it will be an aid to him and to other believing brothers in carrying out what the Chief of the Messengers has ordained on the authority of the Lord of the Worlds. I have followed that by pointing out certain issues important to every one who marries, and with which many wives in particular have been tested. 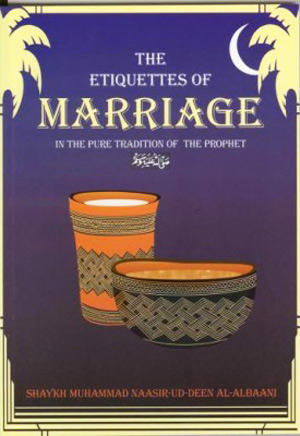 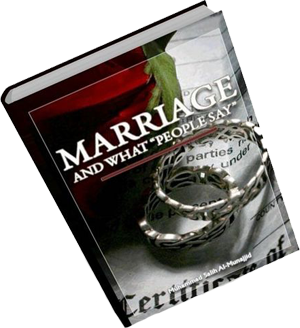 Marriage and What "People Say"

Beloved Muslims! Do you not think that the spreading of impermissible acts necessitates that we re-evaluate the issue of marriage and facilitate it? corruption is approaching us from all directions, for it seems that what we had on the ground was not enough, that they (the disbelievers) have attacked us even from the skies (i.e., by means of satellites). They have disseminated evil everywhere, to the extent that teenagers are surely exposed to prohibitions through satellite channels and they may even watch pornography; they see naked or virtually nude women on television - what, then, is the solution?

Taken from introduction: Worship and doctrine are two inseperable things because doctrine represents the theoretical aspect of Islam whereas worship represents its practical aspect. So, worship is the soul of doctrine that gives it life and the mirror that reflects its image. When a child turns his little face to his lord and responds to His Commands he is, by this, only fulfilling and satisfying a natural instinct inside him. Dr. Sa'id al-Buti referred to this saying, "But in order to make the doctrine strongly implanted in the soul, it must be irragated with the water of worship. Worship in its various images and shapes will make the doctrine grow and flourish in the heart and will make it stand firm in front of the hardships of life". 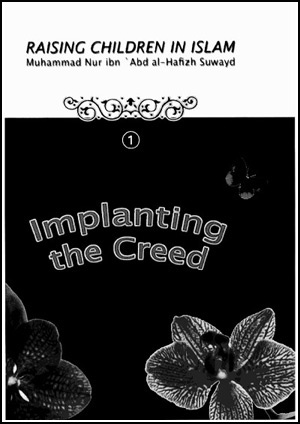 Encouraging Marriage & Discouraging Divorce:
A Scientific Case for Marriage in Light of Quran and Sunnah

This book is an excellent source of inspiration and information for Muslim youth and Muslim elderly alike. This book accentuates the benefits of marriage and explains that marriage is not just simply “living together” but it has profound medical and social benefits. Quite uniquely, this book also provides, in a scientific way, an in-depth evidence for the terrorizing harms of divorce on individuals, children and society at large. Practical suggestions have also been provided to young Muslim couples to avoid conflicts in their marital life and lead a blissful, nuptial life. The author has provided evidence from Qur’an and Sunnah, a wealth of statistics, a sound reasoning to explain them, and evidences from 100s of published scientific studies to make a scientific case to encourage marriages and discourage divorce.