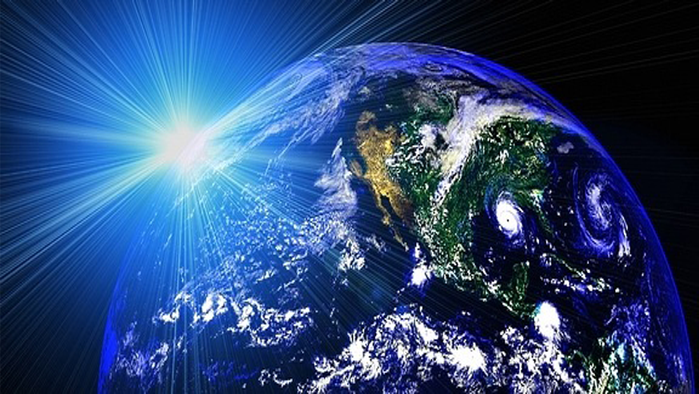 MIRACLES OF THE QURAN

Fourteen centuries ago, God sent down the Qur'an to mankind as a book of guidance. He called upon people to be guided to the truth by adhering to this book. From the day of its revelation to the day of judgement, this last divine book will remain the sole guide for humanity.

The matchless style of the Qur'an and the superior wisdom in it are definite evidence that it is the word of God. In addition, the Qur'an has many miraculous attributes proving that it is a revelation from God. One of these attributes is the fact that a number of scientific truths that we have only been able to uncover by the technology of the 20th century were stated in the Qur'an 1,400 years ago.

However, the Qur'an is not a book of science, it is a book of Signs! Many scientific facts that are expressed in an extremely concise and profound manner in its verses have only been discovered with the technology of the 20th century. These facts could not have been known at the time of the Qur'an's revelation, and this is still more proof that the Qur'an is the word of God.

In order to understand the scientific miracle of the Qur'an, we must first take a look at the level of science at the time when this holy book was revealed.

In the 7th century, when the Qur'an was revealed, Arab society had many superstitious and groundless beliefs where scientific issues were concerned. Lacking the technology to examine the universe and nature, these early Arabs believed in legends inherited from past generations. They supposed, for example, that mountains supported the sky above. They believed that the earth was flat and that there were high mountains at its both ends. It was thought that these mountains were pillars that kept the vault of heaven high above.

However all these superstitious beliefs of Arab society were eliminated with the Qur'an. In Sura Sad, verse 2, it was said: "God is He who raised up the heavens without any support..."(The Qur'an, 38:2). This verse invalidated the belief that the sky remains above because of the mountains. In many other subjects, important facts were revealed at a time when no one could have known them. The Qur'an, which was revealed at a time when people knew very little about astronomy, physics, or biology, contains key facts on a variety of subjects such as the creation of the universe, the creation of the human being, the structure of the atmosphere, and the delicate balances that make life on earth possible.

Now, let us look at some of these scientific miracles revealed in the Qur'an together.

"Have not those who disbelieved known that the heavens and the earth were one connected entity, then We separated them?..."