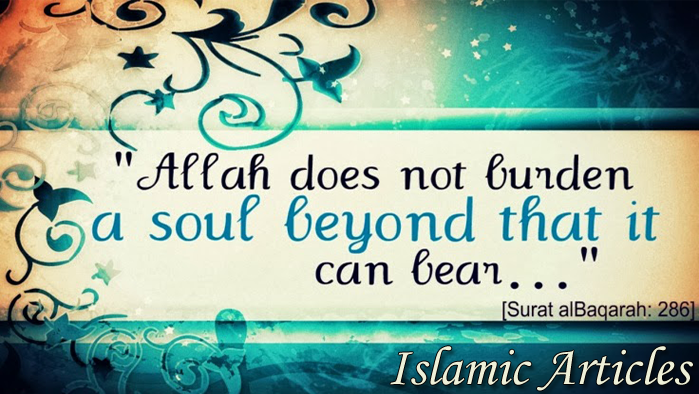 Read Islamic articles such as Who is Allah, who is Muhammad, What is Islam, Quranic Miracles, Women's Rights, The True Religion of God, How To Convert To Islam, Ramadan Origin and fasting, Learn How To Pray, Evidence Islam is The Truth, The Benefits of Islam, Beliefs of Islam, Islamic Worship and Practice and The Hereafter. 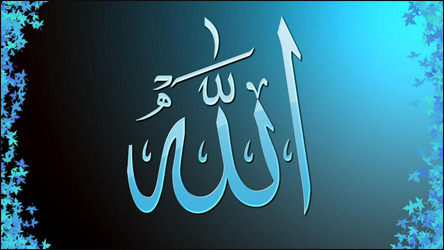 Some of The biggest misconceptions that many non-Muslims have about Islam have to do with the word "ALLAH". For various reasons, many people have come to believe that Muslims worship a different God than Christians and Jews. This is totally false, since "ALLAH" is simply that Arabic word for "God" - and there is only One God. Muslims worship the God of Noah, Abraham, Moses, David and Jesus - peace be upon them all. However, it is certainly true that Jews, Christians and Muslims all have different concepts of Almighty God.

Who is Muhammad (pbuh)?

One in every five persons on this earth firmly believes that the Prophet Muhammad (Pbuh) is the last Messenger of God. He was a Muslim and there are more than 1.3 billion such Muslims today. Not only individuals but entire countries take pride in declaring their allegiance to him. There are 54 such Muslim states today, ranging from those as large as Indonesia and Bangladesh, with populations of 200 and 125 million respectively, to those as tiny as the Maldives or Brunei with populations of 230,000 and 260,000. Even in non-Muslim countries, large Muslim populations constitute significant minorities; as much as 120 million in India and 20 million in China. 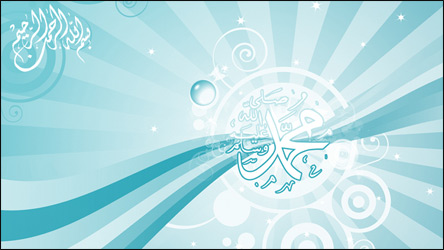 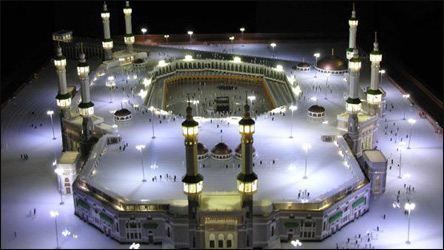 The word "Islam" is an Arabic word that means submitting and surrendering your will to Almighty God. The religion of Islam is the acceptance of and obedience to the teachings of God, which He revealed to His last Prophet Muhammad (pbuh).

The matchless style of the Qur'an and the superior wisdom in it are definite evidence that it is the word of God. In addition, the Qur'an has many miraculous attributes proving that it is a revelation from God. One of these attributes is the fact that a number of scientific truths that we have only been able to uncover by the technology of the 20th century were stated in the Qur'an 1,400 years ago. 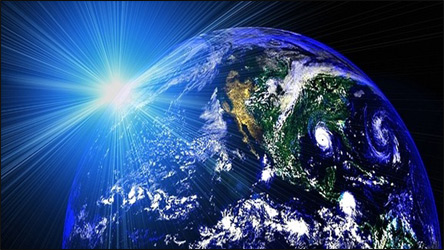 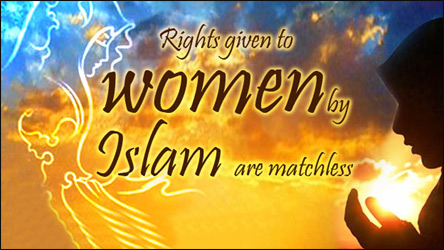 God instructs men to be nice to their wives and to treat them well to the best of their ability: "And live with them in kindness..." (Quran 4:19). The Messenger of God said, The most perfect of believers in belief is the best of them in character. The best of you are those who are the best to their women. The Prophet of Mercy tells us that a husband's treatment of his wife reflects a Muslim's good character, which in turn is a reflection of the man's faith.

The True Religion of God

Each person is born in a circumstance which is not of his own choosing. The religion of his family or the ideology of the state is thrust upon him from the very beginning of his existence in this world. By the time he reaches his teens, he is usually fully brain-washed into believing that the beliefs of his particular society are the correct beliefs that everyone should have. However, when some people mature and are exposed to other belief-systems, they begin to question the validity of their own beliefs. 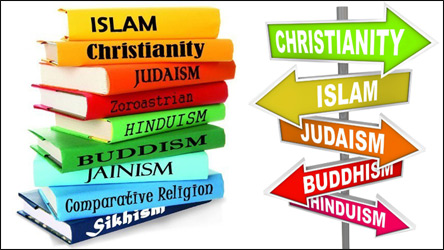 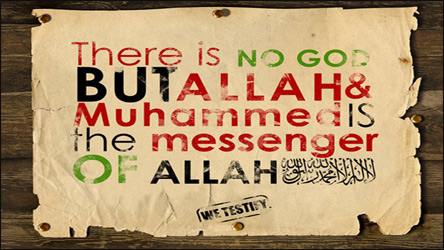 How To Convert To Islam

The word "Muslim" means one who submits to the will of God, regardless of their race, nationality or ethnic background. Becoming a Muslim is a simple and easy process that requires no pre-requisites. One may convert alone in privacy, or he/she may do so in the presence of others. If anyone has a real desire to be a Muslim and has full conviction and strong belief that Islam is the true religion of God, then, all one needs to do is pronounce the "Shahada", the testimony of faith, without further delay. The "Shahada" is the first and most important of the five pillars of Islam.

Introduction to Ramadan, the Islamic month of fasting. Its Name and Origin, Prayer & reading of The Qur'an, Events of Ramadan & medical benefits of Fasting. 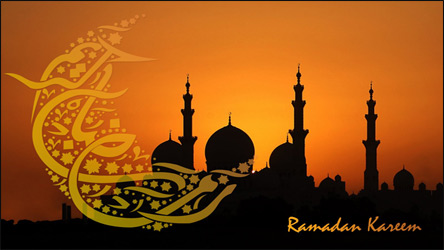 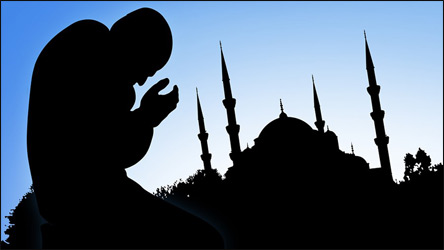 Learn How To Pray

Prayer in Islam, is worship of Allah the Almighty, Praising and Thanking Him, acknowledging His Sovereignty and committing oneself to obey and remember Him at all times. It is the central part of a way of life, which is based on submission to the Creator of us all.

Read Articles about Muhammad (Pbuh) in the Bible and Other Scriptures, The Authenticity and Preservation of the Holy Quran, Evidence of Muhammad's (Pbuh) Prophethood, Logical Proofs and The Existence of God. 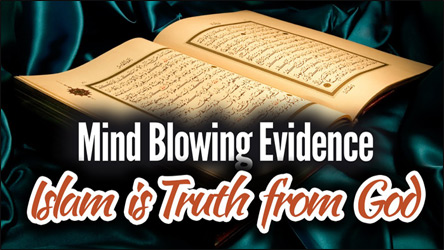 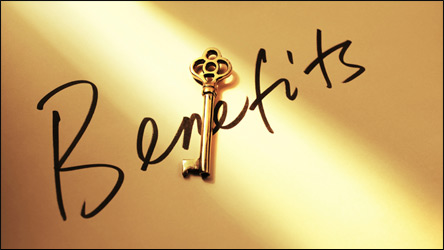 The Benefits of Islam

Read Articles about the benefits of Islam such as The Door to Eternal Paradise, Salvation from Hellfire, True Happiness and Inner Peace, Forgiveness for All Previous Sins, Benefits to Society, Benefits to Science and Civilization and What Others Say about Islam, Muhammad (Pbuh), and the Quran.

Read Articles about the beliefs of Islam such as What is Islam, The Six Pillars of Faith and Other Islamic Beliefs, About God, The Purpose of Life and Stories of the Prophets. 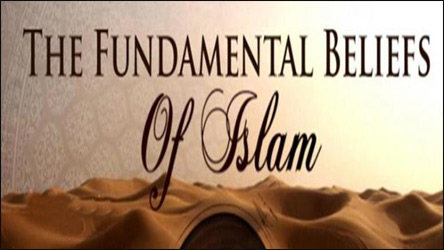 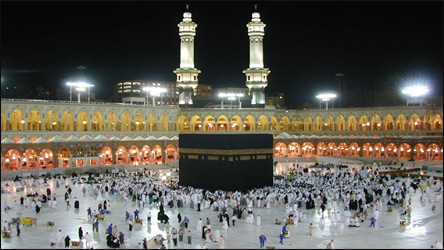 Read Articles about Islamic worship and practice such as The Five Pillars of Islam and Other Acts of Worship and Islamic Morals and Practices.

Read Articles about the hereafter such as Paradise, Hellfire, The Journey after Death and The Day of Judgement and Its Signs. 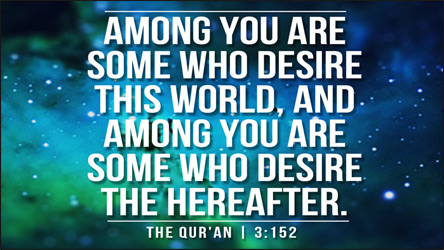 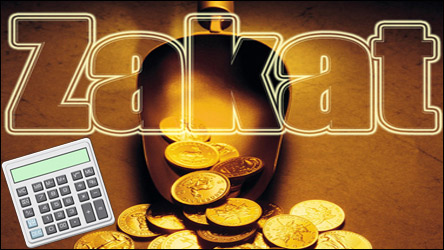 Read Articles about Zakat and calculate your zakat using our Zakat Calculator.

What is Sharia Law

Sharia, or Sharia law, is the Islamic legal system derived from the Quran and the Hadith. In linguistic terms, Sharia refers to a water source, which is the source to which people who want to drink come, so they drink from it and fill their buckets, and perhaps bring their animals to drink from it as well. 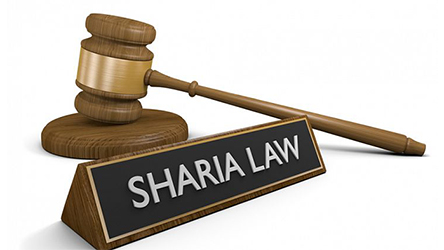 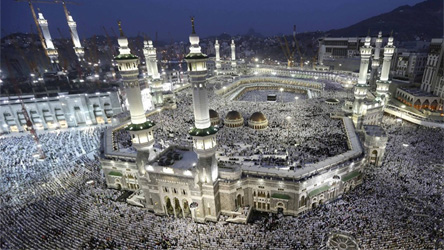 Read Articles about the difference between Hajj & Umrah. Hajj literally means 'to set out for a place'. Islamically however it refers to the annual pilgrimage that Muslims make to Makkah with the intention of performing certain religious rites in accordance with the method prescribed by the Prophet Muhammad (Pbuh).

I have a Very Special Gift for YOU from a Very Special Treasure Chest...
The Prophet, peace and blessings be upon him, because he was Rahmat al-'Alamin (Mercy to the worlds), said to his Sahaba:
"I will give you a treasure of the treasures of the Garden, say, 'La hawla wala Quwwata illa bil lahi Al 'Aliyyil Atheem (There is no might or power EXCEPT with ALLAH, The Most High, The Supreme [in Glory]).'" 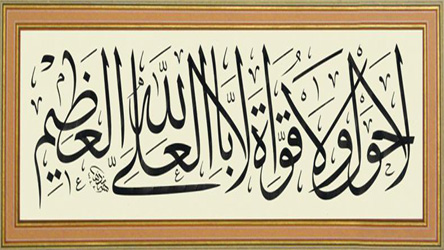 "And We have sent you (Muhammad) not except as a mercy for all the worlds."