Download Islamic books on Salah (Prayer) including Congregational Prayer, Prostration Due To Forgetfulness In The Prayer - Sujood As-Sahw, Praying Eid In The Musallaa Is The Sunnah, Why Do We Pray, Before You Pray , A Description Of The Wudhu' Of The Prophet (pbuh), Ahmed bin Hanbal Treatise on Salah, What Every Muslim Must know about Purification, 33 Sababun Lil-Khushoo' Fi Salaah and many more. 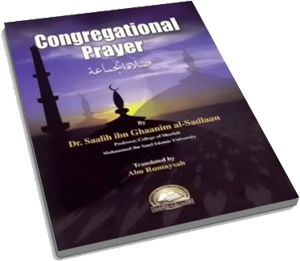 The Congregational Prayer is one of the most important outward manifestations of Islam. Prayer is of extreme importance to the well-being of a persons religion. But prayer in Islam is more than just an individual spiritual experience. It is mean to be performed in a congregation - the foundation of a Muslim society as a whole.

Prostration Due To Forgetfulness In The Prayer - Sujood As-Sahw

Then many people are ignorant about many of the rulings concerning the Sujoodus-Sahw (prostration for forgetfulness) in the prayer. Some of them leave the Sujoodus-Sahw when it is obligatory upon them; others perform the prostration in other than its correct place; some perform it before the salaam (salutation at the end of the prayer) even in cases when' it has to be performed after the salaam; others prostrate after the salaam even when it should be performed before it. Therefore, it is very important to become aware of its rulings, especially for the Imaams whom the people follow in their prayers, and who have therefore taken on the responsibility of following that, which is correct and prescribed in their prayers, and of leading the Muslims upon that. So I wished to put before my brothers some of the rulings in this regard, hoping that Allaah, the Most High, will cause it to be of benefit to His believing servants. 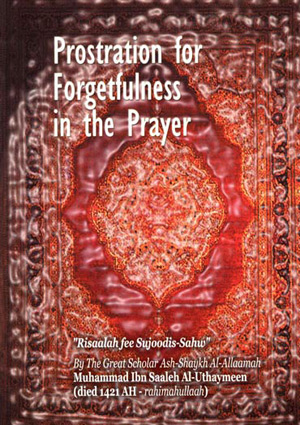 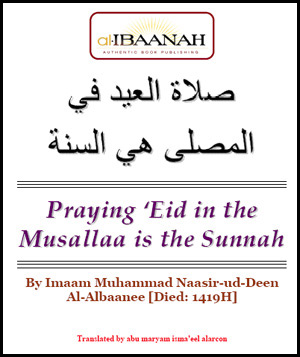 Praying Eid In The Musallaa Is The Sunnah

This book is a complete translation of the booklet Salaat-ul-'Eidayn fil-Musallaa hiya as-Sunnah (Praying 'Eid in the Musallaa is the Sunnah) of Imaam Muhammad Naasir-ud-Deen Al-Albaanee, published by Al-Maktab-ul-Islamee (3rd Edition, 1986).

Why Do We Pray

Why does Man need to Pray?. After a long and hectic day at work, how difficult it is for a tired person to stand on the prayer-mat and concentrate on his prayers to Allah Almighty. Snuggled in a warm and cozy bed, how difficult it is to get up at the call of Mu'adhdhin: Come to prayer, come to success. 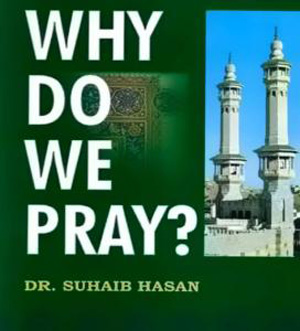 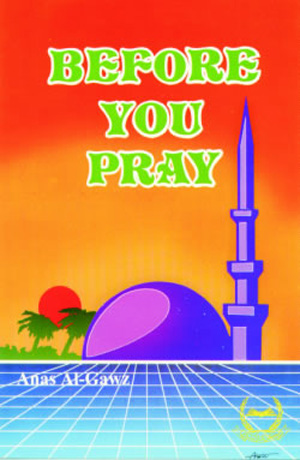 Salat is the first obligation upon a Muslim after his testification of Allah's Oneness and Muhammad's (peace be upon him) Messenger ship. Salat is the contentment of the heart of a Muslim and the eminence of a Believer. Salat is much more emphasized in Qur'an than any other act.

A Description Of The Wudhu' Of The Prophet (Pbuh)

I desired to write this as a completion for the treatises which are in circulation amongst the people today - about the different fields - especially of worship such as Prayer and Fasting, etc. - which have made easier that which is difficult as regards religious rulings and being guided thereby, as it maybe difficult these days for some to read, research and extract these rulings from their places within the source books - either because of the ignorance of the Muslims or laziness or other worldly problems. I sincerely advise all the Muslims to read and research until they come to know and understand their true Deen - and I wished to write this in order to complete the series of the types of worship, especially since no one has particularized this topic in a treatise - except what occurs within the books of reference as we have explained - but I have not found this in the form of a treatise.

This treatise was written several hundred years ago to the inhabitants of a town where the Imam stayed for a period of time. It was and still remains an invaluable work Muslims who follow the Hanbali School of Thought, detailing as it does many common errors made during prayers, some of which are serious enough to invalidate the act of worship.

What Every Muslim Must know about Purification

What Every Muslim Must Know about Purification by Abdurrahman al-Sheha. From an Islamic perspective, purity is a word which is general in its meaning. It may mean physical cleanness, which is purity (of the body) from impure substances or states of impurity, or it may mean spiritual purity, which is the purity of one's self from vices, faults, sins, and replacing them with good deeds, whether in speech or deeds. 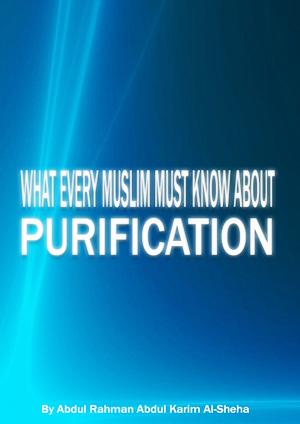 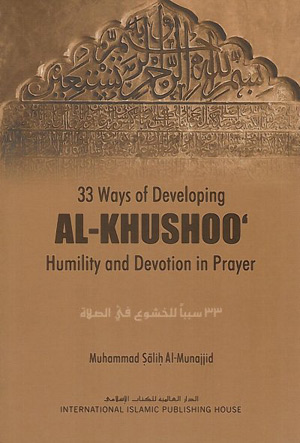 This book opens our eyes to the causes of distraction in Salaah and goes on to propose a practical methodology by which we can strengthen our connection with the Creator. Insha'Allah, by the end of this book, we will be able to recognize the problems affecting our salaah, realize the importance of khushoo, as well as learn techniques of gaining khushoo in salaah.

Why Do We Pray? (Khutbah)

Let us look at one example of something that we are neglecting and have shortcomings towards let us address the issue of prayer - the most important practical pillar of Islaam. Slaves of Allaah! There are many people amongst those who do actually pray who fail to realise the importance of prayer, its benefits and its true value; therefore, it has become a burden on them and not the delight of their eyes, tranquillity for their souls or a light for their hearts. Many people pray hurriedly, without any calmness or tranquillity. 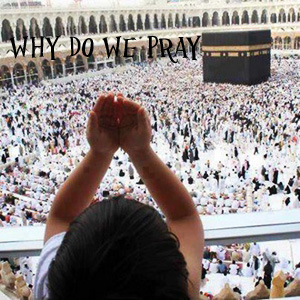 Others Books on Salah (Prayer)